Oversight and Audits are Necessary to Remedy Game-Fixing Plague

You are here:
blogRegulatory ComplianceRisk Management 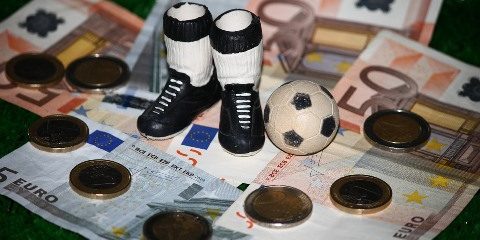 The recent FIFA scandals have put the spotlight on corruption in sport, and we have been pointing out that in this situation, as with any similar problems in business or other organisations, good governance and ensuring proper compliance are key in minimising the issues.

But while the scandal of the day concerns bribery, there is another issue in global sports that has much stronger roots: the problem of game-fixing. In other words, players purposefully losing a game, holding back on their play, or otherwise disregarding fair play in return for money.

In this article we discuss how game-fixing facilitated by online betting can be curbed, using a three-pronged compliance approach

In discussing the ban for life of a popular cricket player last year, the Mirror called game-fixing  “cricket’s cancer“, pointing out that the game is rife with the problem and that gambling, particularly online betting, is one of the major props which keep it from being reigned in. The great bulk of this problem is centered in India and Pakistan, but the tentacles of the beast reach effortlessly around the globe.

As with the FIFA situation, or any “cancer” in sports, fixing the problem is much more difficult than fixing a game. Difficult, but not impossible. The first step, of course, is to have oversight from some governing body outside of the sport (the lack of which is FIFA’s primary problem). Here that was handled in 2011, when the Australian government implemented, and the sports ministers all endorsed, a National Policy on Match-Fixing in Sport.

This was followed up by the government’s establishment of the National Integrity of Sport Unit, in order to provide oversight and ensure compliance with the National Policy. Part of the Unit’s responsibilities are to “provide national coordination, monitoring, reporting, and strengthen relationships between state and territory governments, regulators, sporting organisations, law enforcement agencies, and other agencies as appropriate.” And of course, that wouldn’t be possible without regular “compliance audits of sports to ensure policies continue to be effectively implemented.”

These moves are obviously a step in the right direction and will greatly hinder the game-fixing problem, as long as those regular compliance audits are indeed regular, and as long as they are standardised from beginning to end to prevent tampering. With internal controls in place, as well as governmental oversight, the problem should be vastly reduced. However, there is a third prong to the solution which can be even more effective.

As pointed out in the Wall Street Journal, the sponsoring companies of sporting events are at risk almost as much as the sport itself when things go wrong. A business known to give large amounts of money in sponsorship’s can easily find themselves in a web they don’t want to be in. And so, they need rigorous compliance to contain that risk. The head of Transparency International, an anti-corruption group, says that any sponsoring company should perform the same due diligence in these situations that they would with any partner in their supply chain, and enforce a strict zero-tolerance policy.

Since much of the money floating through sports these days comes from these sponsorship’s, this would put a lot of pressure on the sporting organisations to better enforce and monitor compliance internally, the best remedy if done well. In a situation like sports where there are so many organisational moving parts and various governing bodies involved, this can only be accomplished with regular audits performed using simple and standardised systems from one end to the other, and with real-time reporting to catch any irregularities immediately.