Too Big to be Non-Compliant, Why Take the Risk 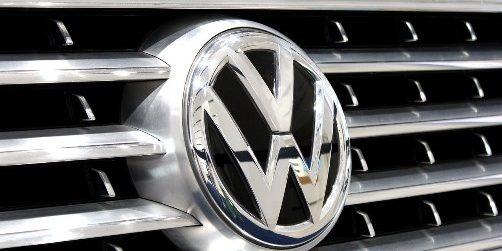 As we’ve preached for years now, regulatory compliance is more than just important in business, it’s an absolute necessity. And the larger the business caught in non-compliance, particularly in cases that affect public health and safety, the deeper and wider the implications and consequences of that non-compliance becomes. This has become very evident in the current scandal involving Volkswagen, the third largest automobile manufacturer in the world.

In this article we look at the potential large-scale consequences of non-compliance, as demonstrated by the Volkswagen scandal.

The Fallout So Far

For those that don’t remember, it was less than a year ago that Kia and Hyundai were forced to pay $100million to the US for violating the Clean Air Act, by claiming better fuel efficiencies than what their vehicles actually achieved. Car makers should have heeded this as a warning against similar actions and improved their auditing to ensure compliance, but apparently Volkswagen was already in too deep.

Volkswagen CEO Martin Winterkorn’s claim that he was “stunned that misconduct on such a scale was possible” was immediately met with skepticism, and that skepticism was validated quickly. In 2011, technicians at the company warned about the illegal practices, a story sourced by a VW board member. Bosch, the creator of the software used to beat the emissions tests, sent a letter to VW in 2007 telling them that their planned use of it was illegal. Winterkorn has since resigned, and VW has hired the same law firm used by BP in the 2010 oil spill scandal.

The fines and penalties Volkswagen faces for North America alone are estimated to be around $US18 billion, more than its 2014 operating profits, and recalls could cost the company another $US80 billion. But these fines aren’t the end of the story. Red Bull has seen a deal with VW for F-1 racing engines evaporate. Switzerland has suspended sales of the diesel models, and other countries are considering the same. The VW brand has already been tarnished in the eyes of Aussie car buyers, and probably others’ as well.

All of these issues could be badly damaging to Volkswagen as a company, but the collateral damages could be even worse on a broader scale. Analysts have not only raced to cut VW’s forecasts, but have even downgraded the forecast for the DAX, Germany’s major exchange market. Economists are even saying that Volkswagen has become “a bigger downside risk to the German economy than the Greek debt crisis.”

Volkswagen employs about 270,000 people in Germany alone, and that doesn’t account for their many suppliers. If economists, analysts, and business people are all now worried about how the Volkswagen scandal will affect the “Made in Germany” label and even Germany as a country, imagine how all the people working at VW’s many suppliers feel about their own future. A bit nervous might be an understatement.

Yet all of this could have been easily avoided. First of all they could have played fairly, but that goes without saying. But strict auditing for compliance, using a system such as our Compliance Checkpoint software, would have brought attention to the matter long ago – before it was exposed from the outside. Going forward, it will take the assurance of this kind of strict auditing to regain the trust they have lost from every side.