The Future Of Compliance In The World Of Disruption 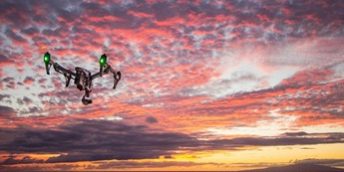 The key buzzword for business over the last decade has, without question, been “disruption”. A disruptive company, product, or service is one that brings an entirely new angle and vision to an existing industry, and when they do they make waves amongst both the current industry players and the governments that regulate them and their industry.

In this article we examine how new and disruptive industries and services are challenging regulation and compliance bodies.

Interestingly, in the book titled “The Master Switch” written by Professor Timothy Wu (2010), he describes this process as “The Cycle,” whereby an organisation starts with a new, disruptive technology and lots of optimism based on a new service delivery model. Paul X. McCarthy goes on to say, in his book titled “Online Gravity” (2015), “Then there’s a period of chaos, confusion and dissatisfaction with the medium due to random competition and incompatible standards. This leads to the third and final stage of regulation and monopoly, where a leading group looks to harmonise the industry and appeals to the government to regulate it and allow them to run it in a more orderly fashion’. So following the above theory, it will be interesting to see whether the market disruptors retain their leadership position over the long term, and just how long it takes government to respond to and implement the appropriate governance arrangements.

There are numerous examples of disruptive innovations, and the scrambling that comes from regulatory bodies when they appear, but perhaps the most well-known and obvious example is drones. It’s been several years now since small, commercially viable drones entered the marketplace, with promises of things like same-day delivery of ordered products. Some smaller yet enterprising businesses immediately pounced on the drone opportunity, with cases such as beer deliveries to ice fishermen in the middle of nowhere. They were, of course, almost immediately shut down by regulators.

Most notably, e-commerce sites like Amazon in the US and Alibaba in China have been chomping at the bit to let loose their already acquired drones for same-day and even same-hour product deliveries to consumers, but so far government regulation bodies (such as the Federal Aviation Administration in America) have yet to allow this to happen, because they just haven’t figured out what restrictions need to be in place and, more importantly, how they will ensure compliance with these regulations once they are in place. However, Dominoes were undertaking trials in early 2013, and with limited FAA approval, Amazon were given permission in March 2015 to trial their delivery drones. As recently as October 2015, Wal-Mart have applied for FAA permission to test their drones for home delivery, curbside pick-up and checking warehouse inventories.

Of course, these developments are also hindered by the existing players in the market that might be negatively affected by their implementation. This is plainly seen by the rise of Uber. For instance, in Las Vegas Uber isn’t allowed to operate. That’s because the taxi industry has lobbied hard to keep them out, as the disruptive service could effectively put an end to business as it has been for decades. There are many other places where Uber has been restricted from operating, where the government has claimed that they just aren’t sure how to regulate this new kind of business model.

Many see these restrictions as pure power politics, cronyism that keeps the established status quo in place so that other businesses don’t lose profits or, in a worst case scenario, go out of business completely. This could very well be the case for many of these instances, but there are others where the uncertainty about regulation and compliance processes hold a very valid place, such as in the digital currency market of Bitcoin.

Financial regulations and compliance are at the top of the list when it comes to consumer products, where the general population is at risk either physically or from fraud. Practically everyone has a bank account, and banking today is as digital as anything can get, which leaves it at high risk for fraud, corruption, or digital piracy.

So how can these types of disruptive services, which are arguably an overall positive for people, move forward? The answer is two-fold.

First, bureaucracies need to get on the ball and spend the necessary time to establish safe operating parameters for them. Is there anyone who would argue that they would rather not have same-day delivery when they order online? Not in a sane population.

Second, compliance measures for these parameters needs to be established. While some might claim that over-regulation and compliance are the problem and the hindrance, I also doubt that there are many sane people that want their financial institutions to have free reign to do what they want, even in the Bitcoin realm. Since non-regulation isn’t and shouldn’t be an option, the obvious answer is to go ahead and establish the necessary regulations, and the necessary compliance standards to accompany them. That way we can all have our beer dropped off while we’re ice fishing.