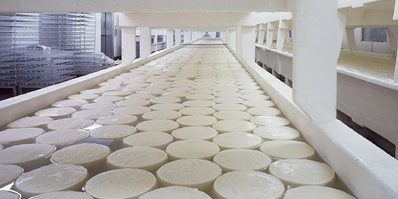 The historic ChAFTA free trade agreement will positively affect many industries in Australia, and the dairy industry may be among the top beneficiaries of the deal. Financial analysts are claiming that the Australian dairy industry is entering a new “golden age of prosperity“, and the “mining boom” of recent years is expected to be rivalled by the coming “dining boom” as China’s demand for dairy products continues to grow rapidly.

Today we look at the possibilities for dairy under ChAFTA and the necessity of auditing for success.

There are always issues to address with any new breakthrough or expansion, and this case is no exception. Some analysts say the biggest challenge to Australian dairy farmers is being able to meet the demand coming from China. According to Dairy Australia “China is already Australia’s fastest growing dairy export market, and is now the largest export market for Australia. In the past eight years (2007-2014), exports increased by more than 300 per cent -from 28,000 tonnes to 117,000 tonnes. Value added and premium products such as cheese, milk (mostly UHT) and powders make up the bulk of shipments.”

But over the next decade, as China eliminates import tariffs as high as 19% on everything from milk powder to yoghurt, fresh milk and cheese, the demand increase will require even more expansion of production in Australia. $1.5 billion has already been planned for, or spent, over the past two years on this effort. Since they ended their one-child policy last year, the Middle Kingdom is seeing a baby boom, which is vastly increasing the demand for baby formula, or “paediatric nutrition” products. In June of 2015, the Chinese baby formula market was around $18 billion, and it is expected to grow to around $33 billion in the next two years.

That’s a Lot to Miss Out On

These opportunities are massive for Australian dairy, and they don’t even take into account the greater investment which can be expected by Chinese companies, to ensure that the necessary growth happens. An enticing example of the possibilities in securing supply can be seen in the 50 year agreement entered into between Freedom Food Group and Shenzen JiaLiLe Food Company, to market Australia’s Own Kid’s Milk in China.

Apart from the growth needed, however, the highest hurdle will be in keeping compliant. ChAFTA adds two new sets of rules to the equation, on top of being compliant with Australia’s existing export regulations. The first of these two is obviously the ChAFTA regulations themselves, but there is also the matter of cultural differences. While compliance and culture aren’t generally thought of in the same frame, the practice of auditing can and will be necessary in navigating these cultural differences as they apply to business practices.

Any dairy business that doesn’t thoroughly prepare now for these incredible opportunities will be unable to compete with those that do. The basic components for this preparation are planning for growth and expansion, and being able to remain compliant throughout the process and beyond. And that will require comprehensive and regular auditing.