In Compliance, Big Salaries Come With Big Risks and Responsibilities 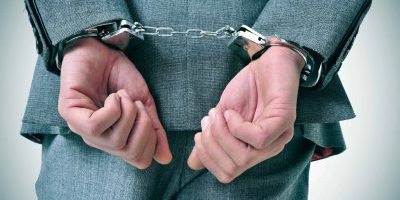 Compliance has become a huge industry, partly out of wanting to simply do good business, but mostly out of the necessity of complying with ever-increasing rules and regulations from governments and other regulatory agencies.

In response to the new demand, companies are now paying hefty salaries to compliance officers. As with all things, however, great rewards come only from great risks and responsibilities.

In this article we explain why Compliance Officers are earning higher salaries and why they are personally at risk for non-compliance.

To understand the growing need for compliance officers and the justification for the money they are earning, you need look no further than the current set of new rules being discussed for implementation in the US under the Dodd-Frank law. There are roughly 400 new rules set to be implemented this year, and that means a lot of adjusting and scrambling from businesses, along with a lot of oversight and auditing from compliance officers.

The argument of whether the growing international body of regulations is overly burdensome or absolutely needed comes down to one’s viewpoint and opinion, but the reality is that they are here and they don’t seem likely to go away anytime soon. Once companies face this reality, instead of grumbling about it, their next step is to spend significant portions of their budgets to make sure they stay compliant. This is why larger companies are now paying salaries in the millions for head compliance officers. While the salary is very nice, the responsibilities and risks they face justify it.

For example, we could look at the Siemens debacle from 2006. The company spent $850 million hiring lawyers and consultants for their case, only to lose in court and pay $800 million settlements to both the US and Germany. This case is a drop in the bucket compared to mega-bank JPMorgan Chase, which has paid out $36 billion in settlements – that’s billion with a “B” – since the 2008 financial crisis. These cases show the absolute need from a business’ standpoint to stay compliant. The salaries they pay to avoid these kinds of payouts is well worth it.

From the compliance officer’s point of view, the salaries are well-justified, particularly in light of more recent events. Whistleblowers on compliance issues are kept completely anonymous (as are the companies themselves in such cases) and have been given rewards as high as $1.5 million for reporting discrepancies. But it’s not just the companies that are at risk. Compliance officers are now being targeted individually as holding the responsibility for proper auditing. Last December, a chief compliance officer was personally fined $1 million in a civil money penalty for lack of reporting on his company’s misconduct from 2003-2008. He would also be banned from working in his industry.

These scenarios highlight just how important compliance is today. Failure to comply could put a company out of business, and it can also put the person in charge of compliance at great personal risk from a financial and career standpoint. With proper compliance from serious individuals, however, the rewards are very nice.

The key to success versus failure – and in this scenario, worthy rewards versus prison time or massive fines – for any compliance professional is always grounded in a systems-based approach. The use of a reliable, easily duplicated system ensures that serious infractions don’t fall through the cracks. Our Compliance Checkpoint software is just such a system, using cloud-based software fully integrated with Tablet App capability, which can be implemented from the top down and which allows for real-time audit results that are immediately accessible to the responsible compliance officer.